With Prince Harry’s engagement to Meghan Markle announced, we looked past the thoughts of a wedding or day off work and went straight to thinking about what his stag do would be like!

The Stag Company has taken it one step further however and designed Harry his very own royal stag do. Fit for an almost-king. Even better than this, if he takes us up on the offer he will get it completely free!

So, what does Harry get as part of this Royal extravaganza of a stag weekend?

Rugby With A Legend

We start off in Harry’s hometown of London. The prince is a massive rugby union fan, personally helping to bring the 2015 Rugby World Cup to the UK. We thought we would show our appreciation for this by organising for him and his fellow stags to play with a legend. Whether he wants to play with a legendary forward like Lawrence Dallaglio, or learn a few tricks off a wing wizard like Jason Robinson, we can make it happen. 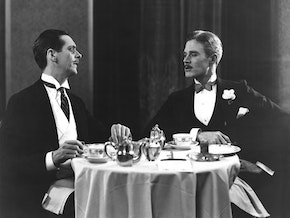 We all know how much the Prince loves fancy dress. We will provide him and his royal chums the outfits of their choice, as long as they have learnt from past mistakes…

Then they head to a gentleman’s afternoon tea. This is a great chance for that Royal banter and gossip about Harry and his bride to be. With them all dressed up this will be the perfect time for a photo opportunity to celebrate his coming nuptials. 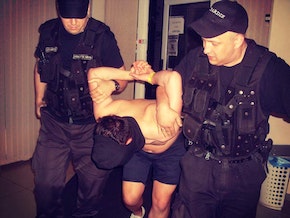 While London is fine, it wouldn’t be a proper stag weekend without visiting one of Europe’s best party destinations. Prague is the most popular destination for stags and Harry will be jetting out to the Czech capital from London with his stag group.

Upon arrival Harry will meet the best prank possible for a Royal. A fake arrest will from Czech police on his journey from the airport. While he thinks he is being taken to the local police station he will actually be taken to the nearest strip club for the most stagy of stag traditions.

Meghan might want to put her fingers in her ears for this bit, because Harry and his mates will experience the right of passage that is a strip club. We will make sure that he sees only the best strippers in Prague, he is a Prince after all!

While in the army, Harry got to fly an Apache Helicopter, in honour of his service we thought we should have something that is related to the military on his stag weekend. With our Jet Fighter experience Prince Harry will be in the cockpit of a fighter jet that will surely make him thankful he didn’t join the RAF, as he will be subjected to incredible G-Force. He will do well to keep his royal swan down.

One of our newest activities is the rabid dog chase. While we would love to see Harry attempt it we are doubtful the Royal bodyguard will be too keen on the third in line to the throne being mauled by a vicious Alsatian. So, we have put a royal spin on it with a Corgi dog chase!

Harry will be dressed in protective gear and will start running. After a head start a pack of Corgi’s will be released to hunt him down. While he will most likely be licked rather than bitten, it will be a truly royal stag activity.

If Harry survives all of this he gets to the main event and a bar crawl to all the best bars and nightclubs that Prague has to offer. Prague is the best night out in Europe and so Prague is perfect for Harry to let his hair down and truly enjoy his last night of freedom while still within reach of his grandmother. We don’t want another Las Vegas incident! 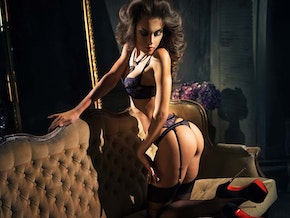 Everyone will think that the stag is over at this point, but they would be wrong! In the morning, while the heads are hurting, and reality of the night before sets in, a sexy maid will wake the stag and friends from their slumber. She will perform a final show which will be one last hurrah, before it is back on the plane to Buckingham Palace to explain himself to the Queen!

Do you think Harry should do this stag weekend?
Make sure you like and share this so it gets in front of his best man.