Get a quote online today

We’ve tried & tested them all

Birmingham boasts one of the largest selection of stag activities in our collection, not to mention being a top night out!

Welcome to Birmingham, home of the Balti curry, Peaky Blinders and the famous ‘Brummie’ accent. Incredibly popular with students, Brum is a huge, bustling city packed with bars, pubs and clubs, so it offers a fantastic night out whatever kind of vibe your group is searching for.

As you’ll see below, there's an enormous range of stag activities to choose from in the city, whether you’re feeling like getting active in the outdoors, or if you want something sophisticated like tasting gin or whisky. Read on for our ultimate stag do guide to Birmingham!

Great if you are looking for 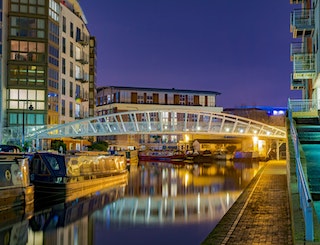 The best way to get to Birmingham is by train. New Street station, with connections to London and other major cities around the UK, is right in the centre of town. Birmingham International station connects you to the airport in 10 minutes, if you’re flying.

The other easy way to get to Birmingham is by car, because it's got great links to all the main motorways. You almost certainly won’t need a car while you’re here though, so take advantage of several city centre car parks that offer secure 24-hour parking for reasonable rates. We can also offer Birmingham stag hotels with parking, subject to availability.

There is an excellent public transport network in Birmingham made up of buses and trams. Daysaver or multi-day tram tickets can be purchased via the My Metro App in advance, or on board the tram via contactless, Swift Pay As Yo Go, or cash if you have the exact change. Tram services are regular, efficient and reliable, so it's probably the most cost-effective option if you intend to use them a lot to get around.

Taxis are a convenient way to get around Birmingham on a night out, given the size of the city. There are dozens of ranks across the city, but it’s definitely worth pre-booking them when you can, as it tends to work out cheaper, and with less time waiting around.

Lastly - in the daytime you can also hire bikes to get around Birmingham via West Midlands Cycle Hire. There are docking stations dotted around the city, and some lovely canalside rides to investigate. Just download the Beryl cycle hire app to unlock your ride and you can expect to pay about 5p per minute, after the initial £1 unlocking fee.

We like to think of Birmingham as a city that cherishes its history. Cadbury’s chocolate has been made in Birmingham for well over 150 years, and if you’re a sweet-toothed bunch, you can take a tour of the Bournville factory. Then there are the Peaky Blinders walking tours - if you’re fans of the hit show, this is a fascinating introduction to the truth behind Birmingham’s infamous street gangs. And along Broad Street, keep an eye out for the Walk of Stars that pays tribute to some of Birmingham’s most beloved sons and daughters, including Ozzy Osbourne, Noddy Holder of Slade, Lenny Henry, Frank Skinner and Murray Walker.

Our most popular stag do activities in Birmingham include the daft antics of FootGolf, as well as classics like Paintballing, Indoor Karting and Bubble Football. Comedy Clubs are also a popular choice in Brum, because a good belly laugh is the perfect way to get your night off to a strong start. Talk to our knowledgeable Event Planners, who have loads of recommendations up their sleeves, based on their many years of experience booking stag weekends for best men everywhere.

A great afternoon activity in Birmingham is a trip to the renowned Two Towers Brewery, located at the rear of the Gunmakers Arms on Shadwell Street. Here you can pass a few happy hours enjoying good food with some locally produced ales, right in the heart of the city. The brewery has a reputation for great events themed around local heritage, popular science, literature, comedy, fine arts and music - so check out what's due to be on there during your weekend.

If it's a nice day out and heads are foggy after the night before, you can clear your hangovers with a brisk walk or bike ride along one of the city’s many canals. Boasting 35 miles of waterways, Birmingham is often called ‘the Venice of England’. There are a number of excellent routes that show off some of the city’s industrial heritage.

Later in the day, we recommend heading over to Lane 7 in the Cube - it’s a perfect entertainment venue for stag groups that don’t all know each other yet and want a bit of an ice breaker before the drinking commences. Besides top notch walnut bowling lanes within a lavish, glitzy decor, you'll find shuffleboard, beer pong and loads of retro games - it’s a great option for a few casual drinks and a bite to eat before the night really starts.

Alternatively, Flight Club, close to St. Philip’s Cathedral on Temple Street, is another awesome place to get the evening going. They’ve essentially reinvented the darts social, with fast-paced multiplayer games that hit the bullseye when it comes to fun, especially when accompanied by a few rounds of their bespoke cocktails. Never thrown a set of ‘arrers’ in your life? It doesn’t matter, you’ll have a whale of a time here anyway!

There are a few different areas of Birmingham where our stag groups tend to head. The first is the historic Jewellery Quarter, which even today produces around 40% of the jewellery in the UK, but is now equally well-known for its many trendy bars and eateries. Among them are the Actress & the Bishop, which is one of the best independent live music venues in Birmingham, and the Rectory, located on beautiful St. Paul’s Square and home to an underground darts bar that’s just perfect for stag groups. 1000 Trades meanwhile, is among our favourite places to grab a Sunday roast in Birmingham, to be washed down with a pint or two of craft ale. Spread over three floors, with the work of local artists’ on its walls, and a commitment to celebrate 'everything craft', it serves some seriously mouthwatering hot sandwiches if you're feeling too fragile to opt for a full meal.

The Southside district encompasses the Chinese Quarter, where you’ll find many excellent Chinese, Korean and Japanese restaurants, as well as Birmingham’s huge Gay Village, and the Arcadian Centre, home to Las Iguanas, rum bars and sushi restaurants. The Sunflower Lounge is one of our top picks around here. It's a down ‘n’ dirty New York-style dive bar where you can catch up-and-coming grunge bands playing live, just before they break onto the UK music scene.

Still feeling peckish? As well as the Chinese Quarter, the legendary Balti Triangle is another very popular feature of Birmingham stag weekends. In fact, this Pakistani-dominated area, three miles south of the city centre is where the Balti curry originated, and it's also where the world’s hottest curry was made, using naga chilis from the foothills of the Himalayas. There are few better places in the UK to enjoy a curry.

Broad Street is a half-mile stretch of bars and clubs that’s always popular with our groups. You’ll find the Pitcher & Piano here, along with both Reflex and Popworld (cheesy tunes, hen nights, drink deals - you know the drill) and the massive PRYZM with four huge themed rooms, regularly hosting international DJs playing a range of music from trance to hip hop. Let us sort you out with a reserved booth and drinks on arrival.

Lastly, any good Birmingham stag night should feature a wander around Digbeth, the Irish Quarter, which for our money is the trendiest part of Brum. There are loads of friendly Irish pubs here - every March the area hosts a gigantic St Patrick’s Day Parade. Digbeth is often compared to Shoreditch in London, because there's street art everywhere you look, and a plethora of cool eateries and boutique shops, especially around the old Bird’s Custard Factory. At night though, it’s all about the clubs. These include PST, catering to the dub, jungle and reggae crowd, as well as housing a cool rooftop terrace, and the raucous Tunnel Club, an industrial venue nestled in the archways beneath a railway line.

Another Digbeth venue we’re very fond of is the gritty but super-cool Dead Wax Social, open ‘til 3am on weekends. If you and the lads enjoy live music you’ll catch some of the best local Birmingham bands cutting their teeth here. Rock up during the afternoon too, for craft beers, stone-baked sour dough pizza and DJs spinning the vinyl.

Where is your Birmingham stag do accommodation located?

Our stag do hotels in Birmingham are always situated within a 15-20 minute walk from the main nightlife areas, such as the Jewellery Quarter, Southside or Broad Street. We know how important it is for our groups to be close to the action, and not have too long a journey back to their beds at the end of the night!

We work with a wide selection of accommodation options across Birmingham to ensure we have something to suit every budget and preference.

Which are the best bars for a stag do in Birmingham?

Our stag groups in Birmingham prefer to hang around the bars and clubs in the Jewellery Quarter, as well as the bohemian atmosphere of Digbeth. There are also plenty of cool nightspots to be found in the Southside district.

Birmingham has a buzzing nightlife scene. Whatever you’re after, you’ll find it here - from chain bars like Las Iguanas and Pitcher & Piano to upmarket cocktail bars, traditional pubs, and live music venues. Ask one of our expert Event Planners, and they’ll give you the lowdown on where’s hot in Brum right now.

Activity ideas for a Midlands stag do?

Birmingham, in the West Midlands, is one of the UK’s largest cities and as such there is a vast number of brilliant stag do ideas here. For the active stag group there is Paintballing, Clay Pigeon Shooting, Quad Biking, Go Karting or Bubble Football. In the evenings we can sort you out with Nightclub Entry to some of Birmingham’s top stag-friendly clubs, with booths and table service.

And we can also sort out those little experiences that make your mate’s last weekend of freedom so special: Whisky Tasting sessions perhaps, Comedy Club entry, or entry to one of the city’s finest Lapdance Clubs.

Can you organise Footgolf in Birmingham for our stag weekend?

Footgolf is one of our most frequently requested Birmingham stag experiences. It’s a good modern game, as you and the boys take on the golf course with a brilliant spin, smashing the ball with your best leg and hoping for a hole in one. For an afternoon you’ll remember for a long time to come, just request Foot Golf when making your booking, and we’ll take care of the rest.

Rated 5/5
Stag weekend
Excellent service from Jamie and all went really well. Birmingham, as a venue is fantastic and buzzing with so much to do, the Stag company managed to get us great rooms at a good price right in the h...

Build your own stag weekend

Let our experts take the hassle away

Build your stag do now »