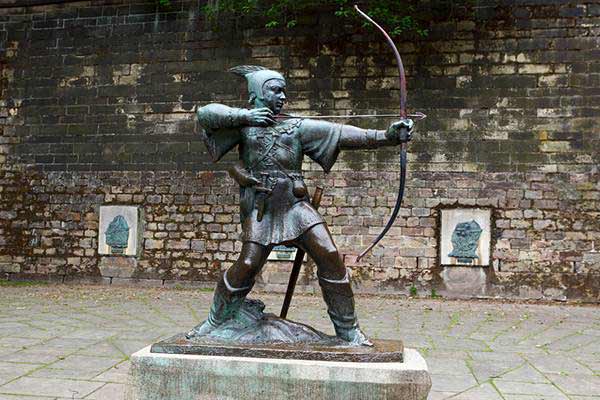 Five things you may or may not know about Nottingham

There are a few things that you probably know about Nottingham, it’s famous for Robin Hood and Sherwood Forest, it’s not far from Castle Donnington, and it’s also a popular city for University students. It is also popular for the stag weekend, but what else do we know about Nottingham though? Here are five interesting things about Nottingham that you may not know. Home of the HP That’s right; Nottingham is home to the British institution that is HP Sauce. Developed way back in 1899 by a Nottingham grocer called Frederick Gibson Garton; HP Sauce is incredibly popular with us Brits. No bacon sarnie is quite right without it, and if HP Sauce is absent from the side of a cooked breakfast in a greasy spoon café then something is seriously wrong. Trust me, if you’re here for a Nottingham stag party then you’ll need this to be standing tall and proud on your breakfast table the morning after the night before. For those that don’t know, HP stands for ‘Houses of Parliament’, as the sauce was apparently used in the restaurants contained within at the turn of the 20th century. (Roller) Derby City Roller Derby is a contact sport that originated in The US in the 1930s, and has seen resurgence in popularity over the past ten years. Nottingham has three Roller Derby teams, two females teams (Nottingham Roller Girls and the Hellfire Harlots) and one male team (Super Smash Brollers). The sport is more female-dominated than male, and also carries on a strong DIY work ethic, which borrows elements from as far afield as punk rock. It’s definitely an interesting sport to see, so if you’ve got the chance to catch a game when you’re in Nottingham you should definitely take it. Roller Derby is currently under consideration to be included as an event for the 2020 Olympics, which will be held in either Istanbul, Madrid or Tokyo. Once home to a world record holding 21-seat cinema Nottingham was also, until last year the home of the smallest cinema in the world. With just 21 seats, The Screen Room was recognised by the Guinness Book of World Records as being the smallest in existence. Opening in 2002 and unfortunately closing in 2011, the Screen Room had a dedicated following who would regularly attend screenings of recent arthouse films while being served carrot cake as opposed to popcorn. Unfortunately The Screen Room close after its lease ran out in 2011, but its legacy remains. There are still plenty of other big screen cinemas in Nottingham, including the Broadway, which was recently the subject of a major development due to funding from The National Lottery and the Arts Council. Nottingham Goose Fair Now an annual fun fair, the Nottingham Goose Fair has been running for more than 700 years. Originally a trade event, the Goose Fair has only ever been cancelled for both World Wars, and the bubonic plague. Getting its name from the fact that large numbers of geese were brought to Nottingham to be sold, the fair has grown in popularity and its length has fluctuated from three to nine days throughout its history, with the fair currently lasting for five days. All manner of games, stalls and rides are available at the fair, including dodgems and a big wheel. The start of the fair is usually signified by the Lord Mayor of Nottingham sounding a large bell! The fair usually takes place in October, so if your trip to Nottingham falls in this month you may be able to be a part of one of the oldest fairs and traditions in the UK! Knockout fun on the cards For those of you who remember the TV show It’s a Knockout, you’re in for a real treat. A company offers It’s a Knockout themed days across the UK, including Nottingham. Having purchased the original costumes from the BBC you know this is going to be an exciting day, and definitely one to remember! The venue is close to Nottingham city centre too so you won’t need to travel far. With all manner of costumes and inflatable games on offer, this is one afternoon that is perfectly suited to families, school trips, groups of friends, those looking for hen and stag weekend ideas, and just about everyone else in between!