Jay-Z to Arrange the Biggest Stag Do of All Time… of all Time!

Kanye West, as you probably already know, is going to take some time out from being a musical genius, the biggest rock star on the planet and whatever else he has called himself to get married, but surprisingly ‘Big Brother’ Jay-Z won’t be attending…

But he will be organising Kanye’s stag do and here that’s what we’re bothered about – not whether this means there’s a feud between couples or any of the other gossip (if you do really want to know, it is because Jay-Z and Beyoncé have deemed the wedding in Paris to be too ‘public’ for their liking, which in my eyes is the rich person’s way of saying ‘we would rather take a trip to the garden centre that day’). We’re bothered because what does a man like Kanye West do for his stag do and what does a man like Jay-Z choose to lay on for him?

We’ve arranged stag weekends for all types of people in the past, but we can’t say we’ve ever helped organise one alongside a music and business mogul, for the guy that wears masks on stage, gets into fights with the paparazzi and is quite frankly, Kanye West. With the most apt way to describe him with one of his own lyrics: “There’s a thousand you’s and only one of me” – Kanye West, Stronger.

Yes, he’s a bit of a special case isn’t he, so it got us to thinking what would Kanye actually have to make up his dream stag do. Apparently Jay has got it covered with a night in the 20/20 club in New York bound to be featuring some truly out of this world inclusions.
But what if I, an absolute, unashamed Kanye West fan boy that will defend him to the hilt even when he brings out ‘Jesus’ on stage, was to build a stag package for him from our own arsenal of stag do delights? What would it be – and if the stag you are the best man to has a bit of an ego or penchant for fashion, this could be the set up you’re looking for… So here we go:

LOCATION: Barcelona. Why? Kanye is a man of culture and constantly makes a point in interviews that he hangs out with architects and that his music is like architecture (huh?) So where better than the home of Gaudi? There is a whole lot to look at and gain inspiration from along with a lot more to do as you’ll find out below… oh and there’s a beach packed with women – and what rapper doesn’t like that?

FRIDAY NIGHT: “Welcome to the good life”… Okay so Kanye and his entourage have arrived in Barca. What to do?

- Steak, stripper, drinks and the club.

Why? You’ve just landed after a long flight (if you’re Kanye) and you want to settle right into the stag do, along with chowing down on some food. Roll it all up into one with a mouth-watering steak and drinks while a stripper dances in front before hitting a club. If that isn’t the stuff rap videos are made of I don’t know what is.

SATURDAY: “Ball so hard mother[radio edit]’s wanna fine me”. The main day of the stag do needs to be a good one and filled with memories, so what is Yeezus appropriate for the Saturday?

Why? Watch this and tell me Kanye doesn’t have a bit of pent up aggression. He likes a rant and to tell Taylor Swift she doesn’t deserve an award, so paintball is probably the best way to relieve a bit of it before the booze comes out later… and mud wrestling? Well who wouldn’t want to do that in the sun with some Spanish senoritas?

THE BIG NIGHT: “This the greatest sh*t in the club, since "In Da Club", it's so packed I might ride around, on my bodyguard's back like Prince in the club”. This is what the stag do is all about really so it has to be big. Yeezy big.

Why? If you’re a millionaire musician you’ve got a bit of money to burn, which is going to make a poker night a lot more interesting when the stakes get raised. Then of course it’s the only way to tour Barcelona and see that architecture when it’s a little more blurry… on a bar crawl.

SUNDAY: “I don’t know what’s worse, the pain or the hangover”. Heads are going to be a bit sore but you’ve got to make the most of it before the flight home… so what’s it going to be?

- A trip to see Barcelona play at the Nou Camp.

Why? Does Kanye even like football? Even being a fanboy of the highest order I couldn’t answer that for you, but I’d be even more of a fan of him if he was, so this is my chance to get him interested in the beautiful game, and where better to do that than at the Nou Camp?

And that's that - my stag do fit for Yeezus himself. What do you think? If you fancy it yourself, you can easily build it right here! Kanye seems happy with it, I mean look - just look how happy and elated he is... 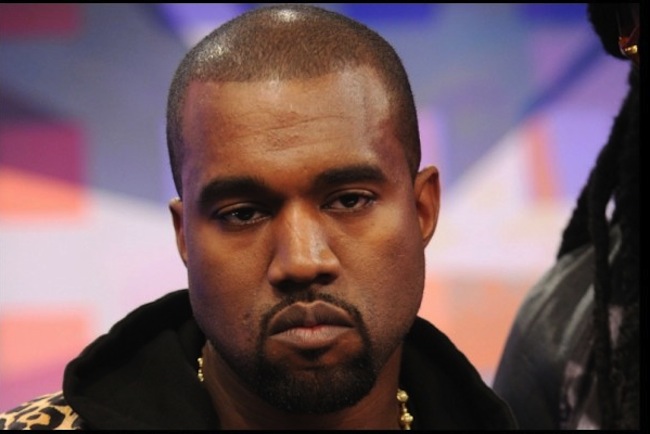